I finally made a new comic! It’s a four-page fable called ‘The Prince and the Sun’, which I’ve been working on over this summer. You can find the comic proper in here: [link] 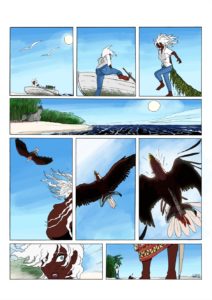 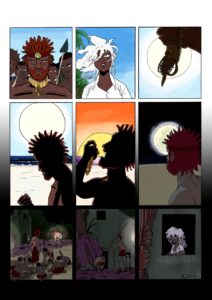 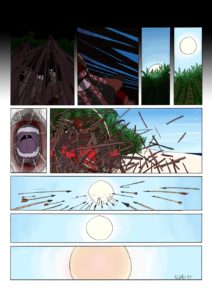 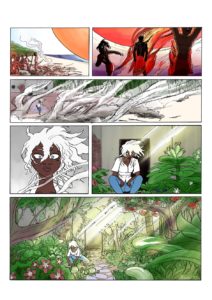 I made this comic to submit it for Belgrade’s annual International Comic Festival on 26th of September, 2019. The Comic Festival is a grand event inviting comic artists from all corners of the world to send their works to, and I’ve been visiting it for as far back as 2003, when I was a kid. This marks the sixth time I am actually submitting a comic to the festival, although so far I have not yet won any prizes. The competition is really tough. And I’m a little envious of all of my colleagues who have managed to make much better works and are nearly my age.

It is apparent that I’m not all that confident in “The Prince and the Sun” , because for me, I used this comic as a test bed to try to practice new things. That was my goal with this, so it makes sense that it would seem a little rushed or unpolished. In fact for the story I planned, four pages is too constraining, but the rules for the festival state that four pages is the maximum number for publishing any comic, but if I wanted to do it justice and make it exactly the way I wanted, I would’ve had to take at least six or more pages. Maybe even ten. In any case, this is the first comic which I’ve made using actual inking pens, which is something I want to get ready for before I start making “The Ingrids Manoeuvre”, and also the first comic where I tried to colour with Krita brushes exclusively. I made a story with a careful planning of frames that have a stark cinematic quality, and also one that is told without any dialogue. All you have is pure imagery, and I wanted to make a story that just completely sucks in and absorbs the viewer, so they would get lost in this atmosphere.

Another reason why I wanted to make it is because I wanted to try to practice drawing tropical environments and African people. A lot of the characters I make are overwhelmingly white, and so I want to offset this by offering some variety in the characters and places which I want to put in my stories. My inspiration from it came out from listening to a lot of ‘Bitches Brew‘, a jazz fusion by Miles Davis, whose cover also evokes a fantastic scenery full of mystery, and I wanted to try to replicate that.

I spent a lot of time thinking up and designing the main character, a young woman with white hair and blue eyes, living as a kelp farmer and residing in the ruins of what seems to be a missionary church. I first drew her as a doodle in my sketch papers, as I always do when my mind is absent, and the moment I put her in(first image below), I just thought that she was marvelous. “This is it!“, I thought, and so the entire story for the comic would just spring off like a flash, and I had a perfect short story to work on for the next years comic festival. She also needed a name because naming my files “african_woman.png” would be a little too generic, so I named her Joanna, after a Bob Dylan song. 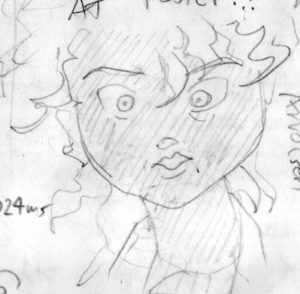 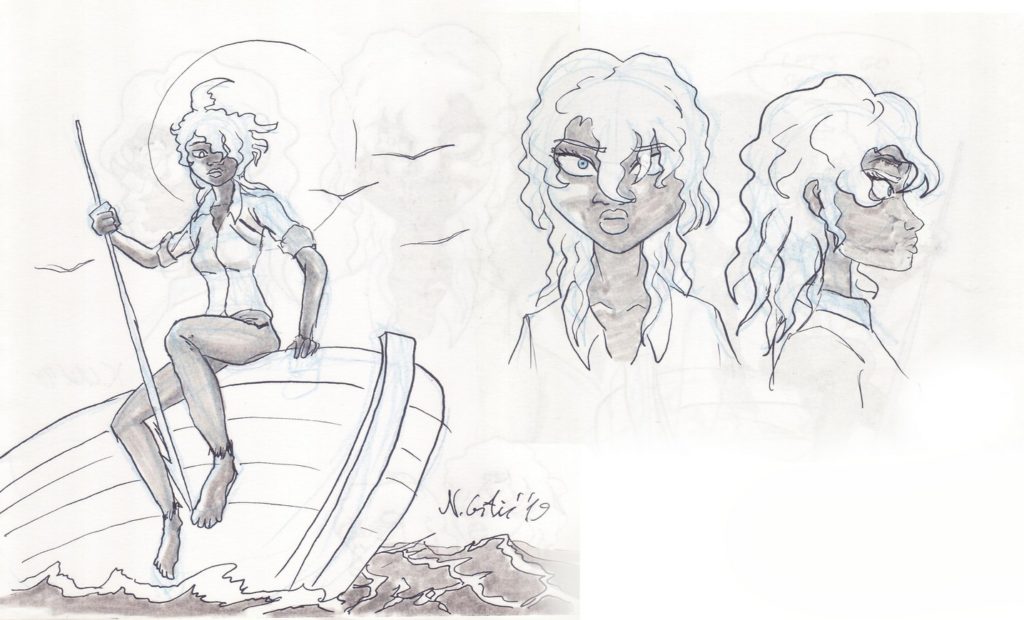 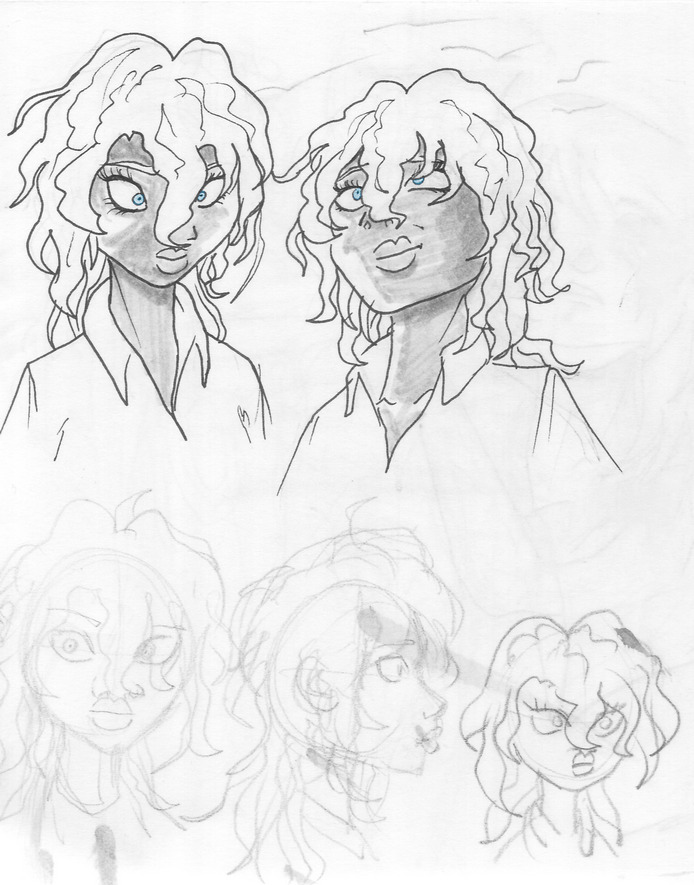 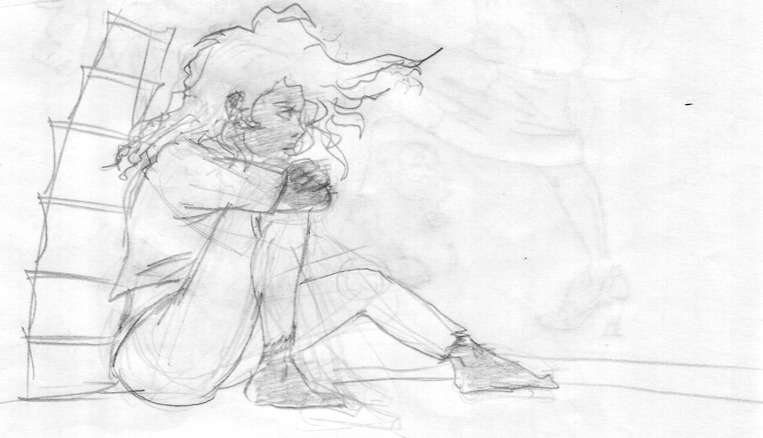 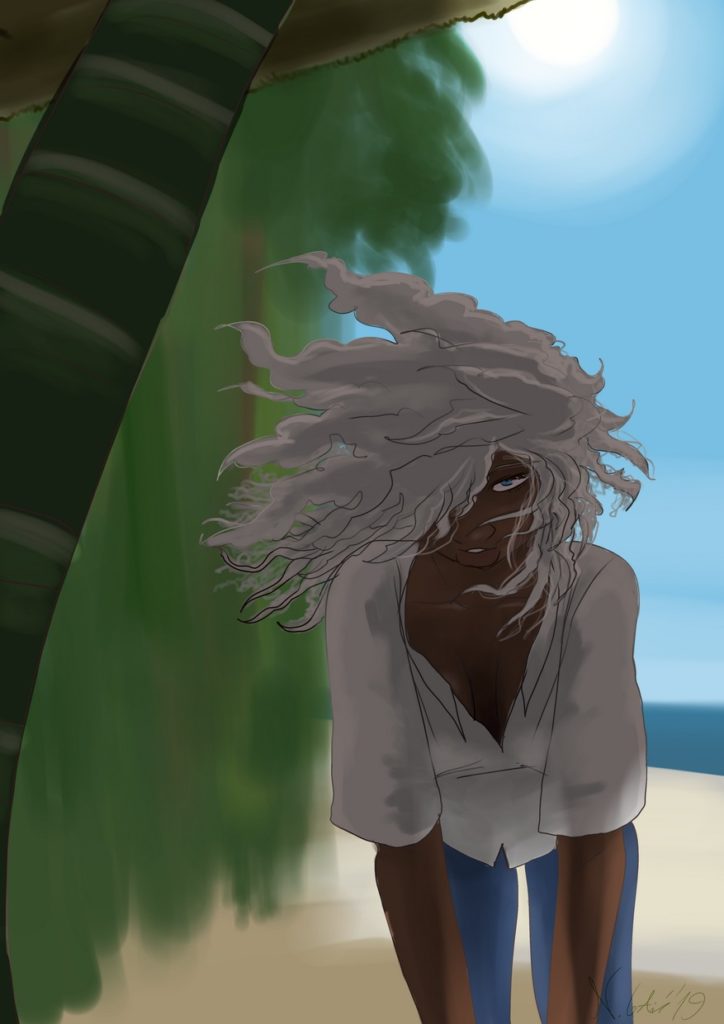 Also included a pallette test, which I make for every major project before I start the actual artwork. 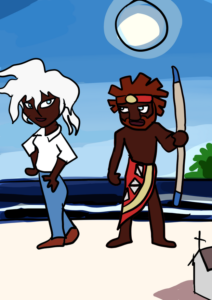 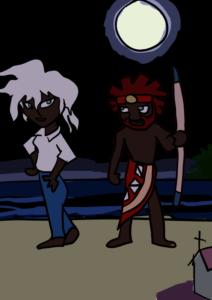 I thought the most appropriate story that could be put for a coastal, tropical motif with a fantasy streak would be one of a fable, or a myth. It would be short enough to be fit in four pages and symbolic and understandable enough to be expressed without dialogue. The basic message behind the story is one of pride and hubris, a parallel to the Icarus myth – the story is about a prince, who is an experienced hunter and who is capable of hunting any animal, but has always wanted to hunt the Sun. He couldn’t chase it or catch it, because it would run away from him, so he had to devise an ambush with his tribesmen to try to hunt it. But the Sun was more powerful for him, and for punishment, the Sun descended from the sky and fried the Prince to ashes, while rewarding Joanna with a bountiful harvest for being good and non-violent.

When it comes to brushes, I tried to have my hand at Krita’s brushes because I wanted to test their ability to simulate organic brushes. I wanted the whole comic to have a beautiful and rough watercolour effect, which you can see mostly in the background scenery. In truth I haven’t really planned the colouring schemes all that well, as for all the pretty brushes used for backgrounds, I did not once use watercolour styles for the characters themselves, their clothes, hair or skin. I wish I could have made more tests for this before I went ahead and started, but sadly I was pressed for time and I had to start my comic quickly. 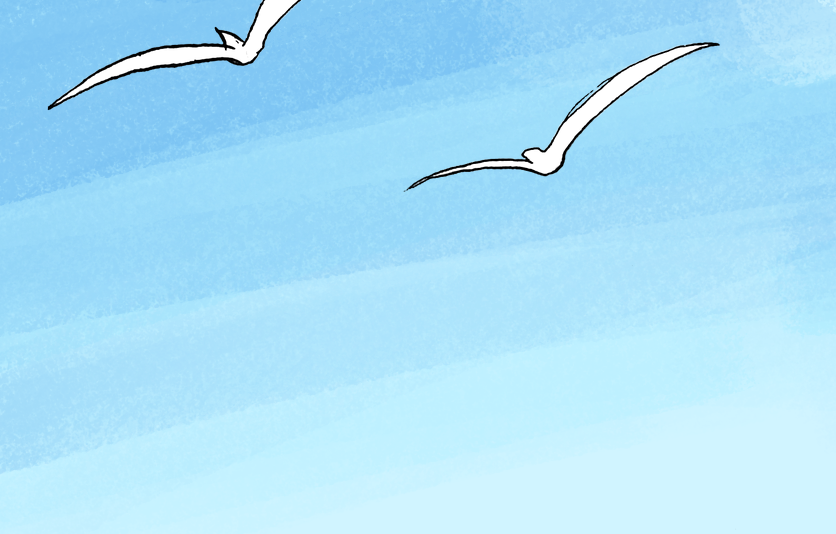 I’m very proud of how I managed to colour the sea. It’s such a leap forward!

But as an educational experience making this comic has been really worthwhile. Not only did I get a lot more comfortable with inking pens, Krita brushes and human anatomy, but it was also important that I did proper research in environments and societies before I started making this. I was watching two kelp farming documentaries to get an idea of how to implement them in the story, and it’s a pretty interesting field, considering that it has a lot of potential to offest our carbon footprint as both a crop and as a carbon absorber. Also I had to research traditional African face paints, their symbolism, and the weapons of Western Africa, and so I learned a lot in this process.

Most of my real elements of inspirations came from West Africa, but in spite of that I wanted to deliberately veil the story in mystery. Is this set in a real or a fantasy world? Were these tribes colonised in the past or not? Is this a story set in the past or in a post-apocalyptic or a post-climate change world? Why do the characters have such unusual hair and eye colours? Why does Joanna wear jeans? Nobody knows, and I want every viewer to make up their own story in their heads and make their own conclusions. All in all, another work finished.

1 thought on “New comic: The Prince and the Sun” 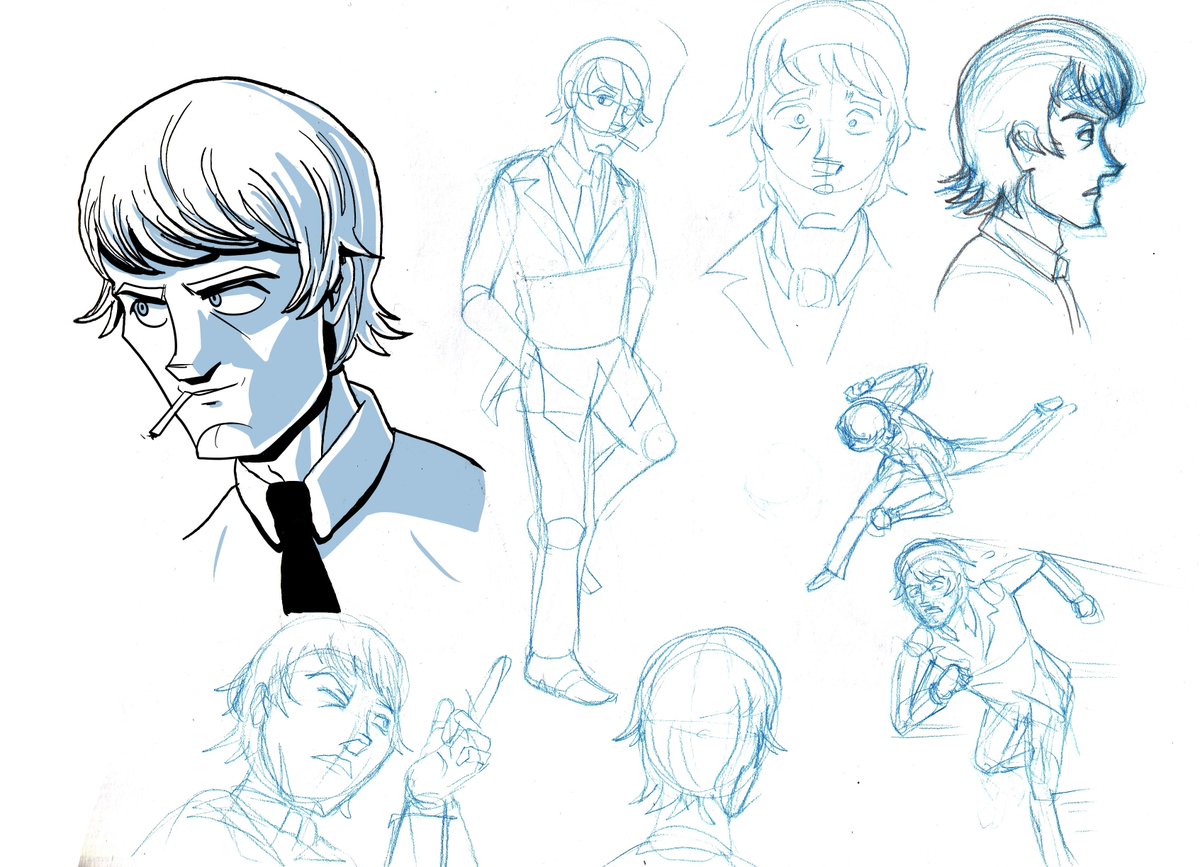 Nik Gothic ·
@Clownboss
is this my summoning https://t.co/01JgiIHJjt
View on Twitter
LukaLikes🍕❄@Luka_Likes
You know what I want to see? Clown Vtubers.

No, and I don't just mean a clown character. Like, ACTUALLY a clown, ya know, doing tricks and making people laugh and shit. There's so much potential!
0
0