Final Fantasy VII is my most favourite game of all time. When this long-awaited remake was (inevitably) announced, like everybody else I kept myself at a clinical distance because most of my best FFVII memories would frequently get marred by the multitude of spinoffs: It’s been a long time since I’ve seen Advent Children and … Read more

Over the past few months I’ve accumulated so many tiny drawings and sketches of my Ingrids Manoeuvre characters that I think it’s worth trying to present them in these segments. Some of these are involved and have a lot of pen work around them, and some of them are just doodles. All of these are … Read more

Hello everyone, it’s been a huge while since last I posted and it’s because ever since winter I can hardly catch my breath at the multitude of work I am currently doing and that I want to talk about. The famous YouTube channel LegalEagle, led by Washington D.C. lawyer Devin Stone has been a part … Read more

I finally made a new comic! It’s a four-page fable called ‘The Prince and the Sun’, which I’ve been working on over this summer. You can find the comic proper in here: [link]    I made this comic to submit it for Belgrade’s annual International Comic Festival on 26th of September, 2019. The Comic Festival … Read more

Every year from the 5th to 9th of August, there is a little gathering of comic artists and illustrators from all over Serbia in the village of Semeteš(read “Sehmetesh”) next to Semeteš lake. Semeteš is a mountain village at the elevation of 900m, on the Kopaonik mountain, regularly known as the country’s biggest ski resort, … Read more

And here it is! My report from visiting my first ever demoparty. It was exciting beyond measure.
View on Twitter
3
8 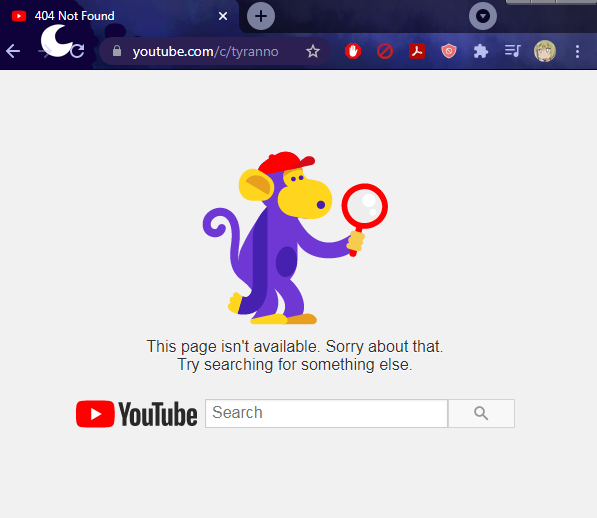 My channel appears to have been taken offline due to copyright strikes that WERE RESOLVED. I have the screenshots and emails to prove it. My channel should not be down right now, what's going on?

wowza, @TalekeepSherry really kicking it with this good background on the Egyptian deity Set - and you think you might know everything, but you'd be wrong https://t.co/hnIO4RkFU0
View on Twitter
0
0

"Rainbow Clash: Presence" at Function 2021. Seriously one of the most life-afirming moments in my life and a beautiful thing to see on a film screen. What I shared there with a 100+ visitors here was spellbinding. https://t.co/DrlwNrpvsy
View on Twitter
1
3